What to Look for When Buying a House: 10 Major Red Flags 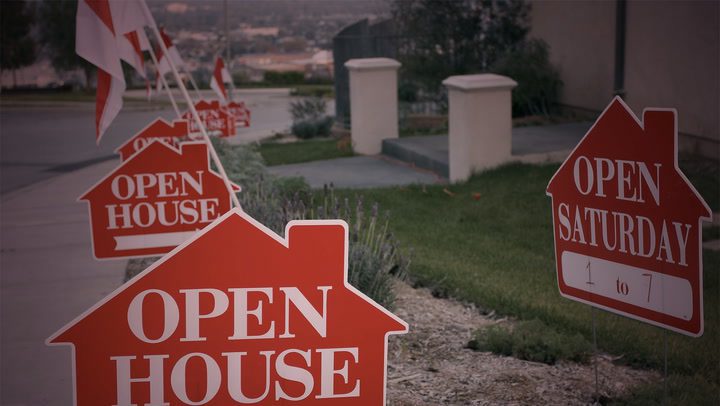 While most home buyers spend their time at an open house simply checking out the layout of the rooms and the name brands on the kitchen appliances, smart buyers know what’s really important to look for when buying a home.

In competitive markets, you’ll often walk into an open house that has been deep-cleaned, upgraded, and staged with stylish furniture. That’s nice, but if you’re not careful, you may miss a multitude of problems. You shouldn’t be overly impressed by the fact that a house looks and smells nice. (You may, however, be rightly appalled by a home that looks and smells atrocious.)

If you’re a first-time home buyer looking for a starter home, or if you just need to find a house you can afford, it’s especially easy to make a mistake in the home-buying process.

No matter how hot the market is or how rushed you feel to get a deal before someone else buys the property you have your eye on, be sure you like the neighborhood and aren’t getting into a fixer you may regret.

Think of the open house as a first date. You don’t have to be a home inspector to do your own preliminary home inspection and decide whether this property is worth seeing again—or if you should move along and never look back.

Red flag No. 1: Too much scent

Don’t let those freshly baked cookies or mulling spices simmering on the stove fool you. The more aggressive the scent, the greater the likelihood the seller is taking precautions to mask from buyers a more offensive odor, says Denise Supplee, a real estate agent with Long and Foster Real Estate in Doylestown, PA.

“When there’s too much going on in the scent department—plug-ins, wax warmers, and candles, for example—I wonder what that overkill is hiding.”

Take a deep whiff in every room you enter, from bedrooms to basements. Sniff outside, too—it’s hard to fix smells if they’re coming from the neighborhood. Look closely at walls, ceilings, and flooring for signs of pet accidents, mildew, or smoke, before you decide this property is your dream home.

Inspect the tile in kitchens and bathrooms, suggests Eugene Gamble, a real estate investor and owner of WeFundYourFlips in Tampa, FL.

“If the gaps or tiles are slightly uneven, it may indicate a DIY job, which will make me think twice, especially if I know this house was flipped,” he says. Lazy tiling could indicate that multiple fixes have been done on a fixer-upper property, possibly by someone who isn’t really in the remodeling business and had no clue what they were doing. You could be looking at big bucks in potential costs to do it over.

Most houses have hairline cracks, which simply indicate that the house is settling into position, but large gaps signal a bigger issue with the house foundation, says Gamble. Other tipoffs: sticking doors or windows, visible cracks above window frames, and uneven floors. How do you know if the floors are uneven? Roll a marble from one side to the other. (This might be more subtle if you have kids with you.)

“When I walk through a home, I look for signs that the homeowner might have neglected routine home maintenance,” says real estate agent Malcolm Lawson, with Keller Williams Select Realtors in Annapolis, MD. He cites issues such as burned-out lightbulbs, long grass, leaky faucets, or faded paint.

“These signs indicate the seller may have ignored other ongoing home maintenance tasks that can cause real problems down the road.”

An attentive homeowner is going to flush the water heater annually, change air filters monthly, clean the chimney, inspect the roof for leaks, and regularly recaulk around windows and doors, for example, which will keep all those systems in good working order.

If the seller couldn’t afford the time or money to fix maintenance issues you can see at a cursory glance, just think what your home inspection will reveal.

Red flag No. 5: Nearby water

That neighborhood creek might look picturesque now, but it won’t when it comes cascading through your back door.

“The increasing unpredictability of weather means that it’s vital to consider the possibility of flooding,” Gamble notes. He’s seen people unable to insure their house against flood risk, which can create giant damage bills on a regular basis.

Take a second to pull back the curtains to check for lopsided frames, and then give the windows a tug to make sure they slide easily. If they stick, it could be a sign of foundation issues, as noted above, or just poor installation.

The only fix for that—and it’s an expensive one—is new windows, says Supplee, who knows from personal experience.

“A home I purchased boasted ‘new windows,’” he says, “and it was only after living in the home for several months that I realized many had been installed wrong, and I had to replace them.”

To detect possible signs of mold while wandering through an open house, discreetly open bathroom and sink cabinets to take a look around water pipes or drains, suggests Frank Kirschner, a real estate broker in Fort Lauderdale, FL.

Even small black or gray spots indicate that more serious issues with the property may be lurking. You can also check the caulking around faucets and tubs for black spots, and look for patches on the ceiling.

A musty odor can indicate water damage, even if you don’t see standing water on the property, says Supplee. Check walls and ceilings for water lines; they probably indicate flooding from a leak or a burst pipe that may have caused internal damage. Also, take a peek at exposed piping in basements or laundry rooms, and check for rust, water stains, or leaking, she suggests.

That one freshly painted wall could be an accent wall, or it could be hiding a deal breaker, like a patch of mold, Gamble cautions.

Supplee lifts up area rugs to check hardwood flooring, making sure it isn’t stained or damaged by pets.

Without adequate interior ventilation, moisture sticks around, which can create mold and increase allergies. The tipoff: Look for condensation on windows or slightly bubbled or peeling paint around windows, doors, or vents, says Kirschner. This can indicate moisture in the walls and ceiling drywall.

The bottom line: Don’t walk through an open house the way you walk through a museum, says Gamble. Even though your home inspector is likely to detect many of these problems down the line, being attentive to these red flags in an open house ensures that you’re not wasting your time on a home that isn’t the one for you.

The post What to Look for When Buying a House: 10 Major Red Flags appeared first on Real Estate News & Insights | realtor.com®. 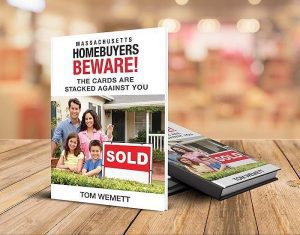 Who Pays the Home Buyer's Agent? 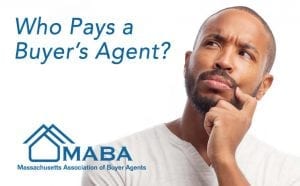 In most cases, the seller's agent pays the buyer's agent for bringing the buyer, negotiating the purchase price and terms, writing a legally correct offer, coordinating inspections, responses, and financing plus handling numerous additional details on the buyer's side of the transaction.

Buyers should avoid contacting seller's agents and sellers directly unless they are comfortable negotiating and representing themselves. That is why it is important for buyers to choose their agents BEFORE they begin looking at homes or as soon as possible if they have begun looking.

To learn more about the pros and cons of various types of buyer agents, or to get a list of experienced local buyer's agents to interview without obligation.  Get Started Now!

Homebuyers: For access to all listings and to find a real estate agent that will represent your interests call 800-935-6222 or click the button below to connect with MABA. At MABA we got you! 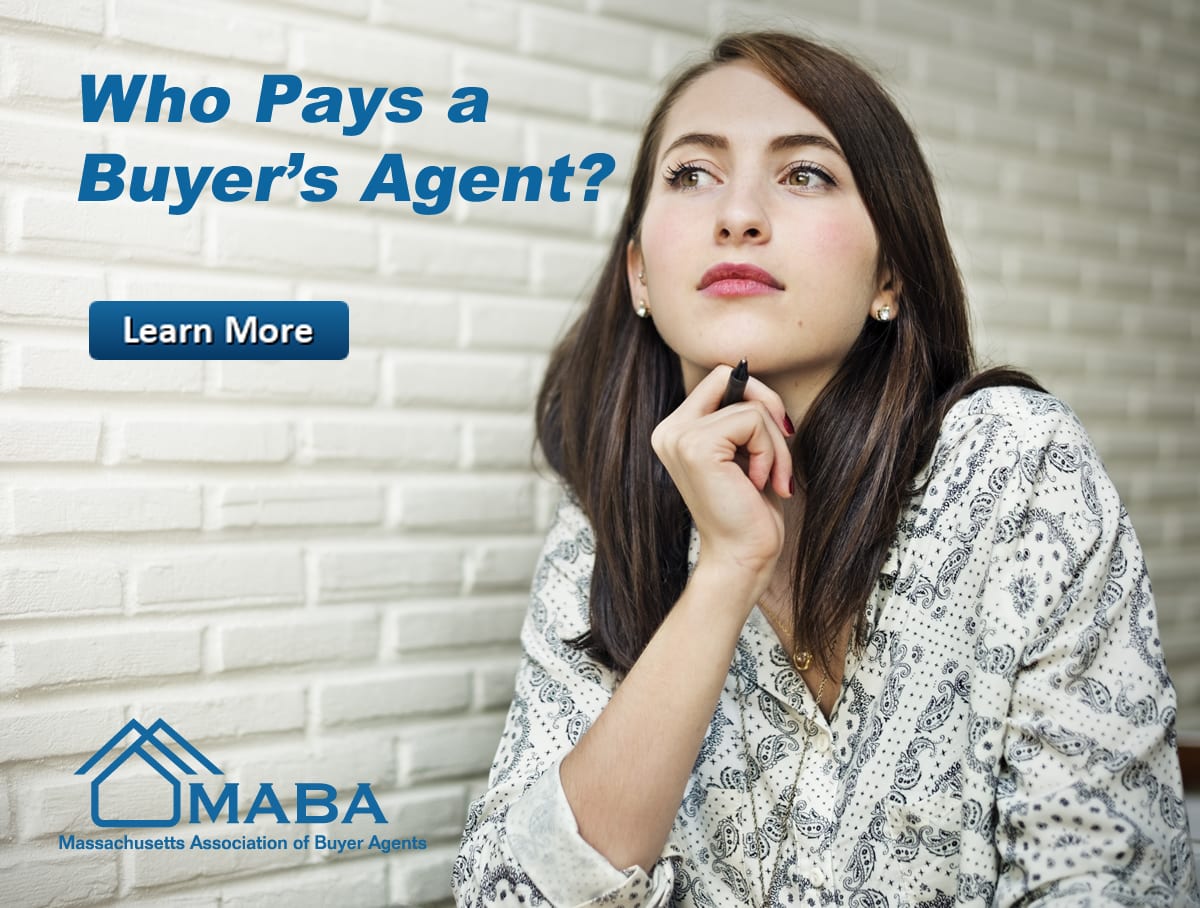